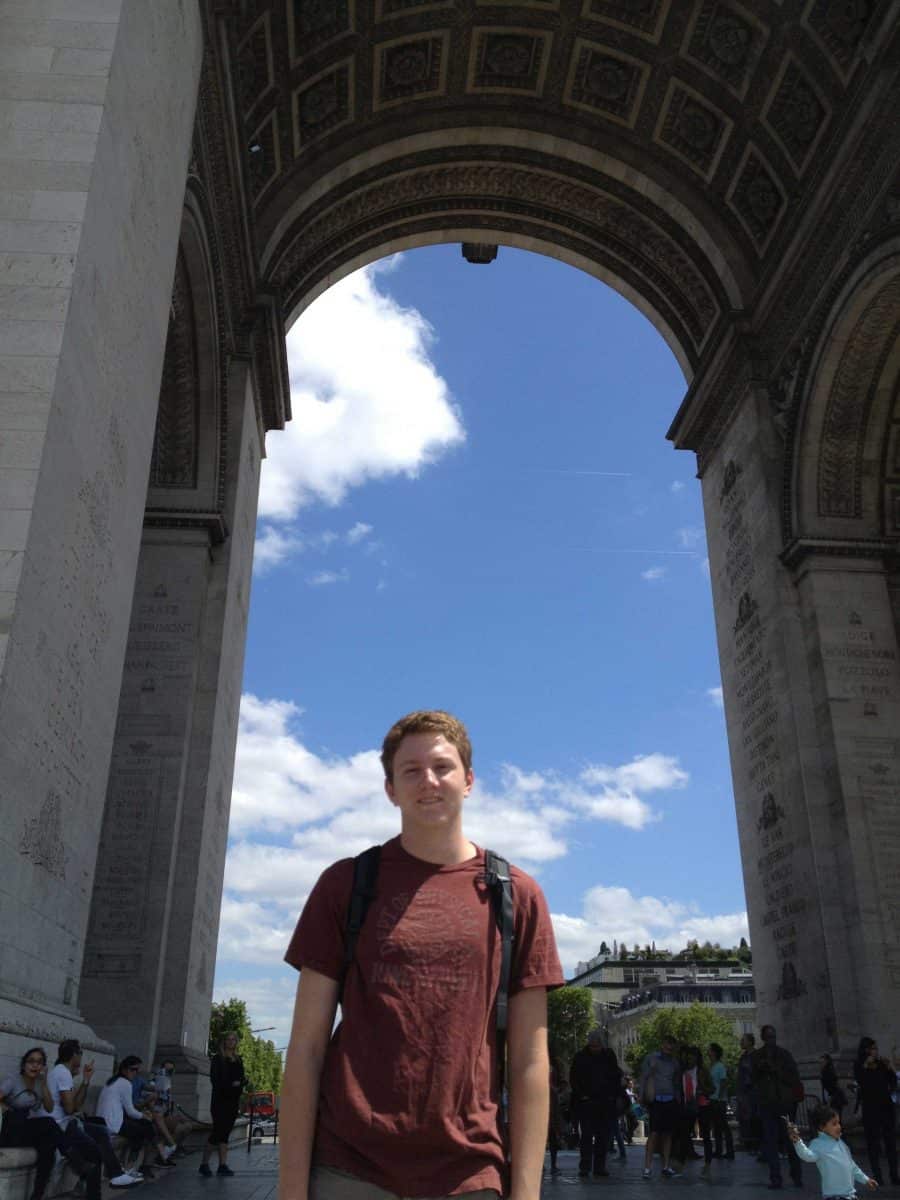 For background, I’m spending the summer traveling through Europe. I’ve been there a week now and here’s a list of some of the things I’ve noticed.

So far we have been stopped in the streets twice because we were wearing USC shirts. Our European alumni are just as proud as the Americans

This logo is internationally recognized! Fight On!

2. I don’t sound American, unless I speak Spanish

So far when speaking English, I’ve been mistaken for a Scotman and a New Zealander. Not that I sound at all Scottish. But when I speak Spanish, it takes about one syllable for me to be identified as an American.

I figured that when I got to Spain, those six years of Spanish class would pay off. Turns out the whole country speaks English, and when they hear my Spanish accent they shift straight into English. If I keep speaking Spanish they humor me and let me have my fun though. How useful

This beautiful view of Barcelona would be difficult to describe in spanish, but I'd try anyway! Catalan is so different!

Don’t tell the Irish because they won’t want to hear it, but Dublin is what London would look like if it was hit by a shrink ray.

5. They love soccer as much as the legends say

Europeans love soccer. There’s a big tournament going on in Europe now so it’s on every night. I’m watching it while I write this actually. People go crazy over it. I’ve seen crowds of Irishmen marching through the streets of Dublin beating drums and Poles lighting flares in a viewing arena crowd outside the Eiffel Tower 6. The Mona Lisa is tiny
I had heard it before and in sure you have too. But seriously, it’s tiny. It’s also surrounded by a crowd of tourists so thick I’m surprised the display case hadn’t melted from body heat. Go see it. It’s cool. But if paintings are Jedi, I found Yoda. 7. Cars are tiny
Maybe they’re imitating the Mona Lisa but I have seen cars here that I didn’t know existed. And they’re all tiny. They would be eaten alive on any American street. But I guess when your petrol costs so much per liter there’s a limit to how many kilometers you can drive. They sure can squeeze through heavy traffic and narrow roads though!

8. Loving How I Met Your Mother is universal

Everyone loves that show. If you don’t, stop reading. If you haven’t watched it, watch it. And the one time I spoke Spanish for real (people who didn’t speak English) I got to learn all about Cómo Conocí a Vuestra Madre. It crosses cultures and countries.

9. The Queen of England has an approval rating

Who knows how that’s determined but the queen has one. And it’s not related to if people want a queen. That’s a different one. Apparently there’s a way to determine how well the Queen is Queening and approval is up dramatically. I guess she improved her smile and wave.

10. Europe (and the world) is full of Viterbi Engineers right now!

There are other people traveling independently, like me, and some are in Florence or Madrid with the Viterbi Summer Overseas program, and Emily went to Taiwan with the iPodia class. There are probably even more people traveling that I don’t know about! Going abroad is a great experience, I definitely recommend it!

Hope you enjoyed the blog!