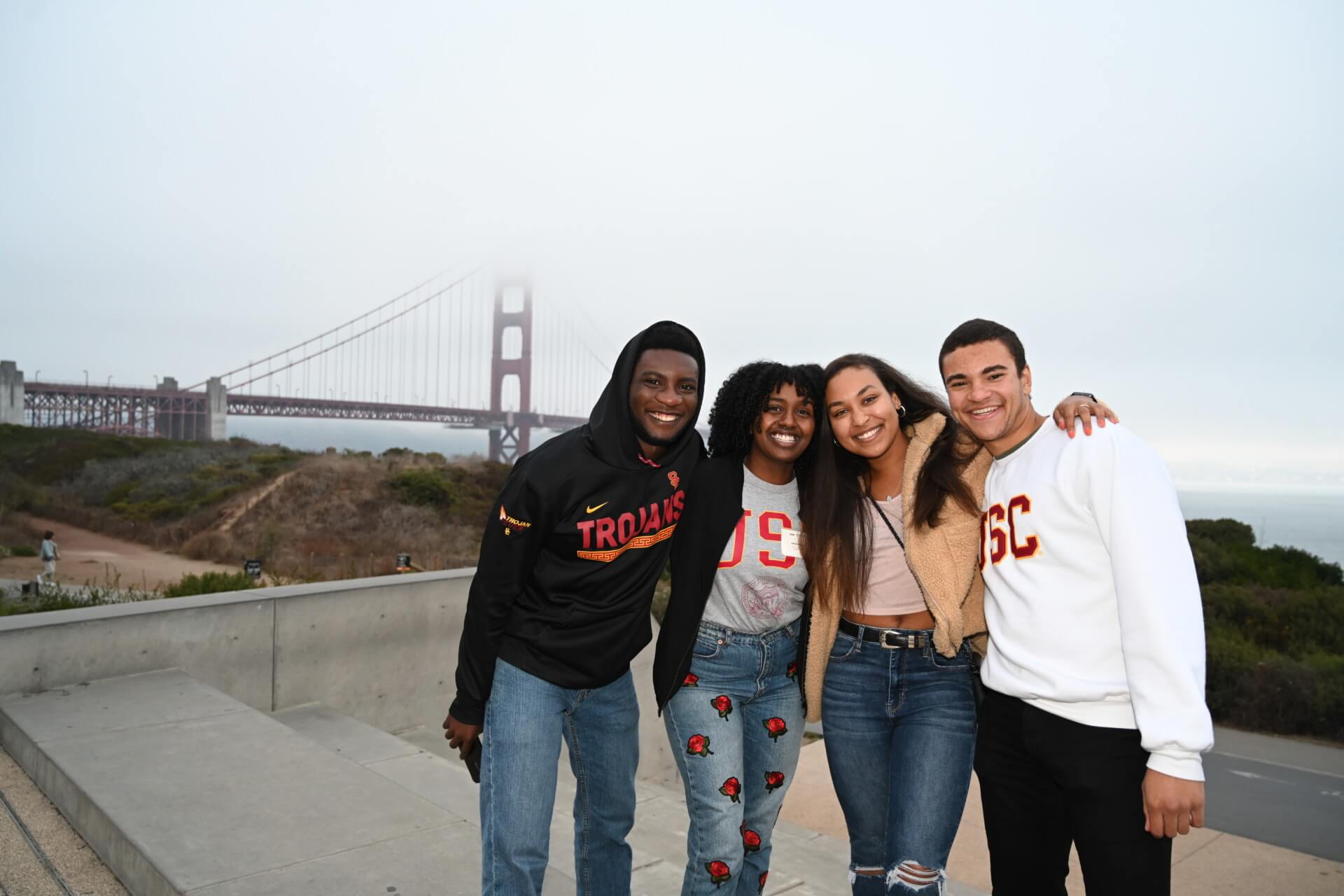 This is a guest blog entry written by Mark Parent. If you want to read more stories, visit https://viterbiadmission.usc.edu/blacklives/

My name is Mark Parent and I am from Diamond Bar, California. I am a senior at USC studying Mechanical Engineering as well as getting my masters in Product Development Engineering through USC’s Progressive Degree Program, which allows students to get their bachelors and masters in a shortened amount of time.

I went to Diamond Bar High School, which is a relatively large public school about 30 minutes from campus. In high school, I was the vice president for the Black Student Union and Treasurer for the Brahma Tech STEM Academy. I also played varsity water polo and club water polo, which took up most of my time outside of school.

When looking at colleges, I knew that I wanted to apply to larger universities because I had not yet decided what to major in. I also loved sports so going to a competitive school was a must for me. I looked at programs that gave me the most schedule flexibility and exposer during my first few years so I could decide on my major. I had never had my mind set on engineering but was good at math and science so I figured that I would like it and applied as an engineering major, thinking it would be easier to switch out of engineering than into it.

I had been to USC’s campus many times before applying but didn’t really consider what the school had to offer until being accepted. After consideration, I knew USC was the right school for me because of the community, flexibility, and opportunity available. I knew from day one that I wanted to study abroad in college, which can be difficult as an engineering major, but that was encouraged at Viterbi. I was able to go the summer after my freshman year to study in Paris, which is still one of my favorite memories as an undergraduate. I also came in as a Civil Engineering major but after a while I realized that it was not the right path for me and was able to switch to Mechanical Engineering with ease. Lastly, the Trojan Family is like no other, with alumni giving back in various ways. Many alumni come back to hire at career fairs and it allows students to make a lot more personal connections. The Black Alumni Association has also been an integral part of my experience at USC. I have been part of the BAA Legacy Through Leadership mentorship program the past three years and my mentors have been a tremendous help in working towards achieving my goals. The Center for Engineering Diversity even had a program for minority students the summer before my first year that introduced me to some of my closest friends to this day.

On campus, I dedicate most of my time to the National Society of Black Engineers and have served as the Executive Assistant and Senator on the executive board the past few years. I am also part of the Global Investing Society, the Formula Electric team, and the Rocket Propulsion Lab. I have also been a Resident Assistant for the McCarthy Honors College and did research in the Immersive Audio Lab. During summer recess, I have held two internships at Northrop Grumman and Apple during my second and third summers at USC. These opportunities have helped me grow as a leader and set me up for success in my future endeavors.

I have thoroughly enjoyed my time at USC and love the school pride that radiates throughout campus. People genuinely enjoy being here and altogether that makes it a great atmosphere for me to succeed.