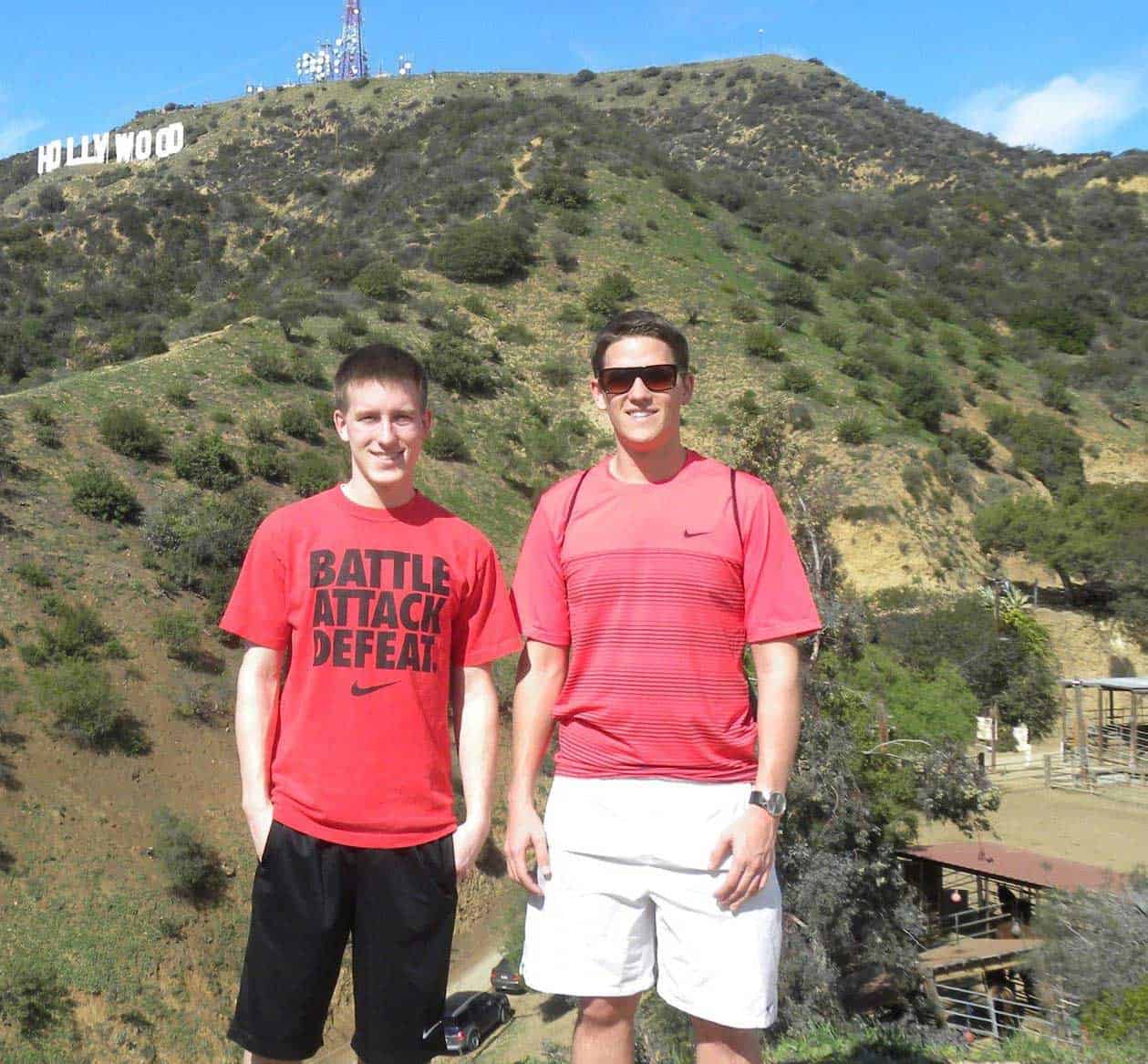 So from February 13th to the 18th something amazing happened, the Caldwell twins took over Los Angeles! If you don’t know already now you do, I have a fraternal twin brother named Joc. We have always been close and when it came time to go to college being apart was a pretty hard part of it. He had never visited me in college before and every time I came home I felt as if what I was describing and talking about didn’t do Los Angeles and USC justice. Therefore, I wanted him to come visit. What better time than the long President’s Day weekend. It gave me more time off from school and allowed us to explore Los Angeles together.

Overlooking Los Angeles from the top of the Hollywood sign.

It was awesome to have him here, and show him my life in Los Angeles. He came to all of my classes on Thursday including Organic Chemistry, Los Angeles: The City, The Novel, The Movie, and Engineering Team Management. He had a great time and even got to see the Harlem Shake filmed at USC. Then we traveled all over. We went to Santa Monica which was a day in and of itself. There was lots to do at the Santa Monica Pier, then we walked past Muscle Beach to Venice Beach and Pier before going back to Third Street Promenade to have dinner and enjoy the entertainment. We also enjoyed dessert at the new hit restaurant Syrup.

We also did the Hollywood hike and then got lunch at Urth Cafe, one of the greatest hotspots in Los Angeles. It was awesome, I got the sprout sandwich and it was just as great and healthy as it sounds. We also took time out of our days to go to Rodeo Drive in Beverly Hills and do some window shopping, can you say swanky? Then we got sprinkles cupcakes. In addition, we got dinner at Sur Restaurant which is highlighted on The Real Housewives of Beverly Hills and then went to The Grove for some shopping!

We drove Pacific Coast Highway at night and during the day to Malibu and it was breathtaking. Last but not least it was one of his last wishes to have dinner on the water so we went to Gladstones and did just that before he left. Of course it was beautiful weather out here in California and it was snowing back where he goes to school, Maine, so he was happy to be here. It was great to have him out here and I finally feel complete now that all of my family has seen where I go to school and the places that I go when I am in Los Angeles. He said he wants to come back next year and I can’t wait until he is back again!

Now Playing: Grapevine Valentine by Kingsfoil with Nothing Left to Say by Imagine Dragons on deck. A trip to Sur Lounge was great indeed. A nice view from the Pacific Coast Highway. The Dessert Bar, another trendy hotspot. Being an Engineer in Greek Life Note To Self: Go On Walk Exploring LA, One Bite at a Time