I had a great winter break back home in Palo Alto, full of sleeping, cooking, and relaxing family time and now I am ready to jump into Spring 2015 semester! At the very end of my break, I finalized my summer internship with Visa doing Data Analytics for their Business Development team at their Bay Area located headquarters! I had actually applied last semester through the Viterbi Career portal after meeting the recruiter at the Fall Viterbi Career Fair and had my final interviews at the beginning of winter break.

This semester I am taking six classes: Introduction to Operations Research, Engineering Economy, Engineering Statistics, Data Structures and Object Oriented Computer Design, Don Quixote: Text to Film, and Golf! I’m excited to be taking 3 Industrial and Systems Engineering classes because I really feel like I am getting deep into the major. My hardest class is probably Engineering Economy but I am really interested in the intersection of Engineering and Business so it is very engaging. Golf is a 1 unit elective where for 2 hours a week we learn how to play golf! It’s great just getting outside and hitting golf balls and very stress-reducing.

Spring semester is when most of my extracurriculars get into full swing. Dance Marathon is in February so we are finalizing the event schedule and doing our final pushes in fundraising. SC Racing is now in build season (I talk more about SC Racing here)! That means we are finally building the car that will race over the summer. I’m on the aerodynamics team so I learned SolidWorks and work with a team to design the aero parts of the car, such as the nose cone, side pods, wings, etc. We just got in a massive shipment of foam and then we program our 3D printer to make the molds out of the foam. After tryouts last semester, I made the Hellions for Women’s Club Ultimate. Ultimate is a spring sport so we have a tournament almost every other weekend and we play schools from all over the nation. I joined Design for America this semester as well, where you are placed in a group of people from a variety of majors to used design-based thinking to tackle social problems. I also signed up to plan Engineering Week in February. During Engineering Week, there are tons of fun activities to celebrate the Viterbi School of Engineering and Betty and I are planning the Viterbi Talent Show.

It should be a busy but extremely rewarding semester. I’ll keep you guys updated! 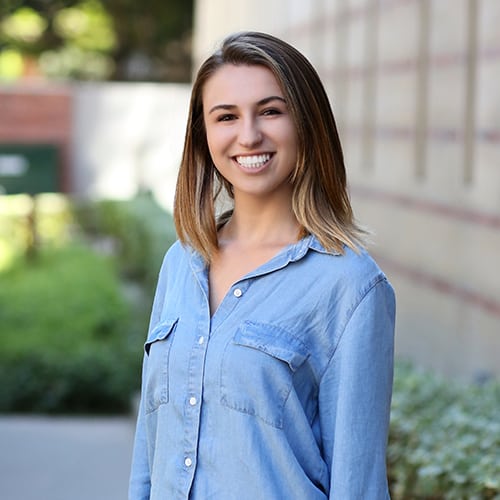